Fool Me Once, Shame On You, Fool Me Twice… 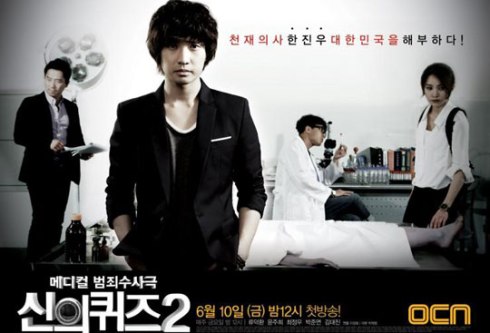 I have learned there is a definite distinction between Korean network and cable programs. For the most part its really cool. Just like our cable channels, the shows are a little sharper, a little edgier, probably because they are not held to the same rules as network programming.

But there’s a dark side to cable shows. A lurking secret which, when it happens, is unexpected and burns my buttons.

I’m not talking about the last scene in an episode which ends on a WTF!?! just happened moment. Those cliffhangers are fine, expected even. It’s part of the crack-y-ness which hooks you into Kdrama. It’s also why I slept about 3 hours while watching Can You Hear My Heart. I fell victim to the–one more episode, just one more episode–until I realized it was after three in the morning and I had to technically get up for work in 3 hours.

What I’m talking about is the need to end the series in a cliffhanger. I guess cable networks are more apt to have an actual second season over network shows. This is not what I signed on for! I like my one story line, 16-30 episodes, you’re in, you’re out, you’re done. Yes, I may wish for more episodes sometimes, but this is merely just me being a fan. If the writer has done his (or her) job properly, I shouldn’t want to leave the world at the end. But a cliffhanger for a second season–especially if YOU MIGHT NOT HAVE A SECOND SEASON is uncool.
A few weeks ago, I was caught up watching the show God’s Quiz. It had arrived on Hulu via Viki. Yes, it was listed as God’s Quiz season 1 and 2, but I thought the show was complete. I figured it was possibly like when we say Boys Over Flowers has 2 seasons–technically it doesn’t–but when it was brought over to the states, it was separated into two parts. One compete story, two parts.

Here is something I am totally guilty of. I’m a cheat er. A big fat cheater. Cheater McCheeterson. I wish I were different, I wish my curiosity wouldn’t get the best of me but I can’t help it. If a show has little blurbs for the episodes, I will read ahead just to find out what happens. Sometimes it will tip the scale on whether I start or keep going with a show. I love it when the creator of a Wikipedia drama page is an overexcited fan-girl and gives an in depth plot analysis to a show–or at least tells me how it ends.

So in an attempt to cheat while watching God’s Quiz, (I believe I was at the beginning of season 2, so too late to turn back) I learned God’s Quiz has a third season planned for this spring. What the?

Especially when I realized the plans for a third season hadn’t been hashed out yet. The cast doesn’t seem to be signed on, it says possibly May–but there is no firm date–and May is pretty Effing close. I calmed myself down. Season 1 ended pretty well. Yes, it was a season one but things were wrapped up nicely, how different could season 2 be? Put my faith in the writers I said. I just forgot one thing.

Now, don’t let me deter you from watching the show. God’s Quiz season 2 is pretty thrilling television. The writers, up until that point, did an amazing job of amping up the stories, creating twists, and building suspense until at the very end I was literally at the edge of my seat yelling at the tv screen. Awesome tv. But then it happened.

The grandaddy of cliffhangers. I’m not going to go into spoilers as it’s some pretty exciting tv but to do that sort of cliffhanger without a definitive upcoming season, as a viewer I felt a little betrayed. (Yes, I’m melodramatic at heart.) I watched this show because I loved the main character. He was an amazing character who, while I don’t think he arced so much, had some great backstory and was just a lot of fun. So in this case, it’s not just the fact that there was a cliff hanger which bothers me, but more the fact, to have this cliffhanger, they may have ruined one of my favorite Kdrama characters. I don’t know how they will come back from this. And I don’t know if I’d want to stick around to find out how.

Apparently, I’m not quite over it yet.

Then this last week, I innocently picked up another cable drama, Don’t Ask Me About the Past. I should have known there was trouble when 4 episodes from the end the heroine starts to get feelings for the wrong guy. Besides shouting at the screen–never mind what I yelled at the screen it’s a spoiler–I was calculating in my mind if I could realistically get behind the hero and heroines love story with only 3 episodes left in the series. The show keeps chugging along, the heroine realizes the error of her ways about getting involved with the B Guy, but still there is no headway between her and the hero. Last episode came around, everything is pretty exciting, the lead couple have a nice moment, but nothing big. I figured they’d shorthand the relationship in the epilogue.

Instead of a wrap-up, we get a giant cliffhanger. Grrargh! I was so cranky. Unfortunately, it wasn’t done there. I figured I’d do a little searching to see when season 2 was coming out if it wasn’t out all ready. I mean, they wouldn’t do that big of a cliffhanger if that was their only season, right?

Dude. It was released in 2008. There is no sequel. There isn’t going to be a sequel. The lead actress isn’t even doing dramas anymore. For Crying Out Loud! Now, because of this, I feel like I just wasted 16 hours of my life. I know things happen, and yes it’s just tv, but give a girl some warning. I’m actually pretty careful about what I watch. I don’t watch anything that isn’t completely done and subbed. I resisted watching Vampire Prosecutor (also a cable show, big surprise) because there were first rumors then confirmation of a second season. I don’t want to watch something unless it’s complete. It’s part of the addiction for me. 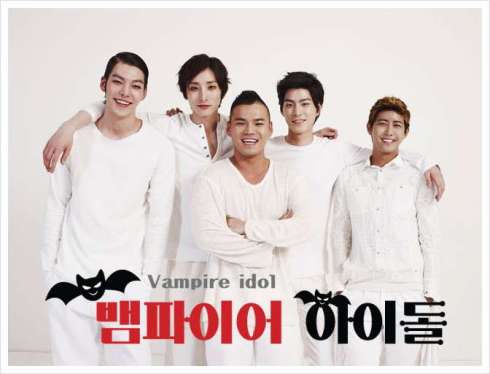 Also I was talking with a fellow addict on Twitter, @KaeKaed, and she was talking about a cable show she had been enjoying, Vampire Idol. (Which has to have the coolest blurb ever from Hancinema: A naïve vampire prince struggles to become a global pop idol in this melodramatic youth sitcom.Seriously? How awesomely margarita-y does that sound?) While this show is slightly different than the others I talked about as it was canceled rather than ending on a cliffhanger but apparently the writers made no attempt to wrap up the series before it’s end. Instead of closure, in the last 4 episodes many twisty turns were started, only to be left hanging. Pity.

So in conclusion. Am I going to stop watching cable shows? Probably not. They have some great twist, some really unique premises you don’t see on the network channels, and everything seems a bit more amped up. However, now I have no one to blame but myself when a I start whining about the inevitable cliffhanger.

But I don’t have to be happy about.

*This post was first posted in 2012 and now not only is there a season 3 of God’s Quiz, there is also a season 4–and I’m just as cranky about it.