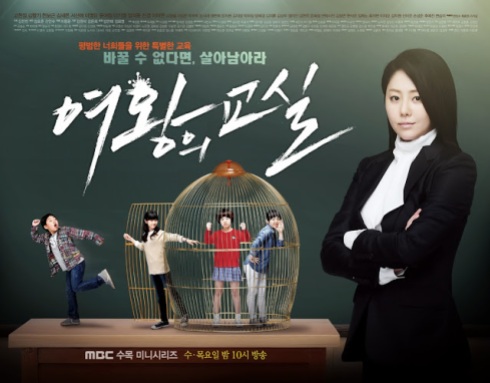 Lookee what I found. It’s teaserapalooza over here! I’ve always been a big fan of movie trailers. I actually won’t go to a movie if we’re going to miss the trailers. Why is that important? Uh. It’s not really. I just think it’s funny, looking at American movie—or even tv show—ads, where we’re not so much teased as we are given the entire plot.

Not so much with Kdrama.

WHY DO I STILL NOT SPEAK KOREANNNNN????

But no matter the mystery, no matter the language barrier, I still watch. I can’t resist. It’s like a sickness. So when I find teasers for not just one show but multiple? Score! And they were shows I completely forgot to mention in last week’s Conversation Between Me and My Mean Self post.

Queen of the Classroom

Reaction: This is a long one. Seven minutes. I hadn’t really heard anything about this show before the teaser (the show actually premiered this week). Now I’m interested. It has the cute kid from Stars Falling From the Sky. With the no speaking Korean thing, I can’t figure out what the plotline of this drama is. At the beginning, you think the teacher is just mean, with even the mothers being afraid of her, and I assumed the show was going to be about beating this teacher. But as the teaser goes on, it slowly starts to change, and it’s possible that even though the teacher is really mean, she teaches the kids life lessons they need. I wonder though—would this show be better as a movie? And—is this a cliché? Hmm… at the beginning I would have said, I wouldn’t want to watch it, but as the trailer (more of a sneak peek) went along, and I couldn’t stop watching, I decided I might check this out. You know. If one of the big three sub it. Which, since it already started and I haven’t really heard anything about it (or paid attention to news about it), my guess is no.

Reactions: Yep, it’s a revenge drama. Yep. Did I plan on watching this before? Possibly. It does have Goo Soo in it. Will I watch it now? Probably not. It reminded me that I don’t really like revenge dramas. But I do like Goo Soo. What a choice! I’m still going to go with no.

Reactions: Ummm… wasn’t Kim Bum supposed to be in this? Am I the only one who was under the impression that Kim Bum was one of the stars? But not only is he not in this teaser, it made me go searching on Hancinema where I see he’s not top billed—he’s not even billed above Kwang Soo. What the? I’m confused. The show looks interesting. Am I going to watch? No. The only thing that lured me in before was Kim Bum. Now? My fear of saeguk sadness holds me back.

Reactions: Ooohhh… who’s he pulling the gun on? Is it his biological father? Or is it the dad who kidnapped him and raised him as revenge? I’m intrigued. And why is Kim Jae Won always on the verge of crying in his shows? Probably because he looks good while doing it? He has mad control of those tear-ducts. All in all a very successful teaser.