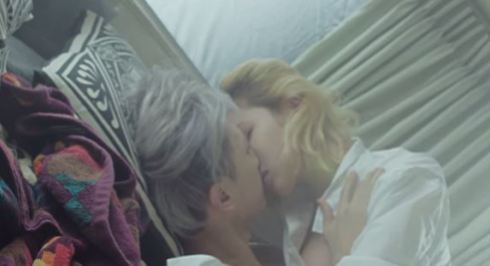 It seems kind of funny having Troublemaker be a Musical Monday. As, if I’m not mistaken, they were if not the first than at least the second (or third) edition. It’s been almost 2 years since their first song and they’re at it again, just as skanky as ever.

But seriously though. Is it me or does Hyuna always need to go for the…um…over the top sexy? Always. While I really liked their first video the competing hired killers was sexy and cool—this video is a bit of a mess. After sitting through I think it’s about two trashy people who have one of those relationships that are crazy toxic, but they can’t stay away from each other.
It’s too bad the video makes me roll my eyes because, like Troublemaker, I really like the song. Maybe it’s best if you just start the video, minimize the screen, and just listen to the song. Or do what I’m going to do, buy it and put it on the new music playlist. Because, yes, sadly, I’m going to have to buy this song.
Darn it.
Troublemaker, Now

The DramaClub! I Guess This Means I’m Simulcasting TWO Dramas…