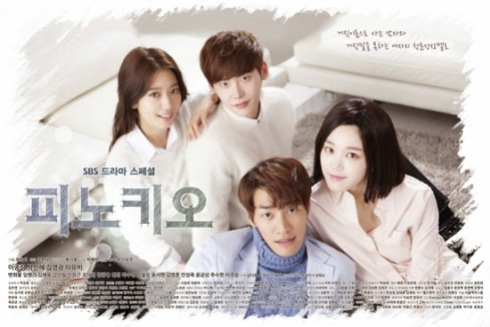 I guess it was only a matter of time before one of the hottest male leads, Lee Jong Suk, was paired with Kdrama darling Park Shin Hye. Right? Right? Who’s with me?
Hrm. I know both actors are pretty beloved, but for some reason, they leave me a little ho-hum. I like Lee Jong Suk, from the bits of dramas I’ve seen him in, but he takes some roles I just don’t want to see. It’s like I want to like him, I want to love him as much as everyone else, but there hasn’t been that ‘must see’ role for me.

Wait–I liked him in No Breathing. And I what bits he was in, I enjoyed Face Reader. And while I didn’t love or finish the drama, I thought he did a good job in Can You Hear My Voice.

Actually, maybe that proved my point–I like him–I’m just waiting for that special role for me–and Doctor Stranger certainly wasn’t it.

Add in Park Shin Hye, who seems to do nothing but instant classic dramas, but I might be over her as an actress. Or possibly just the expression on her face. Or her drama killing kisses. One of those.

Put the two of them together (possibly, unconfirmed) I’m not really sure how I feel. Although I’m fairly certain I’m the only one who feels this way–if this drama casting news turns out to be true,Pinocchio is well on it’s way to being a huge hit.

Pinocchio is a drama planned for November, and is about social reporters. Um. Okay. It’s written and directed by the same team who did the huge hit I Hear Your Voice, which is promising as, from what I did see, and from what everyone else says, it was a well written and nuanced drama–and who doesn’t like those?

Isn’t it kind of funny though that the members of the ultimate bromance seem to be following each other? Woo Bin was originally offered Pinocchio and passed on it, Lee Jong Suk is now considering it. If this works out he’ll be playing against Park Shin Hye who worked with Woo Bin in Heirs.