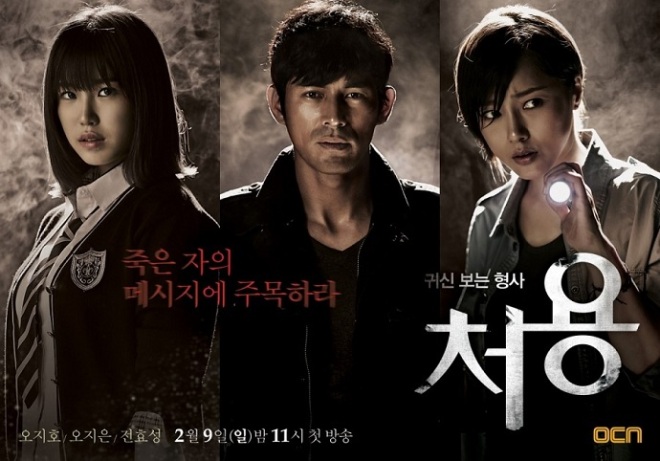 So why, months later, am I choosing to throw it in front of all the other dramas I’m supposed to review? News came down the kdrama pipeline that they are making a season two. My thoughts? What the freaking fudge? COME ON. Out of all the dramas you had last year, including the killer Bad Guys you choose this piece of badly written poo to do a second season?

Okay, that was overly dramatic. The drama isn’t a pile of poo.

It is however, badly written. So badly written that I got really angry at the writer. Besides the writing though? Yeah, the drama is great! It has a fairly good production value, varied actors and a leading man who, sometimes when he was on the scene, I would literally stop paying attention to the drama and think to myself, “he is so beautiful.” Not just your usual idol actor or really good looking young man, but a full on handsome actor with dimples and who is totally age appropriate. And as I’m *mumblemumble* years old, let me tell you this is a refreshing thing which instantly gives a drama more points on the ground floor.

Then the writer had to go and fudge that all up.

I guess more-so than angry, I’m more disappointed in this drama. It started out with a really interesting premise. Disgraced policeman has the ability to see ghosts who helps him solve crimes. He used to be a high ranking detective but after the death of his partner he spiraled downwards. A ghost of a spunky highschooler who has no recollection of her past or death haunts the police station and he accidentally lets her know he is the only one who can talk to her. Several twists and turns later he’s working with the detectives including a female detective with a mysterious past solving ghost related crimes.

These questions mixed in with the crime of the week format was a really good recipe for keeping my interest high. But then the drama kept going on.

Here’s where we’re going to get super spoilery. I can’t properly get my rant on without them, so if you have any interest in seeing the drama. Stop here.

Here’s one of the big things I had an issue with. The crusty detective is the only one who knew the ghost was not only there, but that she was also the ghost of the female detectives dead friend. Who was murdered by the evil demon in an attempt to distract the evil demon away from her friend. Basically, she died protecting her friend. But neither of these women were aware of this and he never felt it super necessary to fill them in until it was too late. I can understand he wouldn’t want to divulge his ghost seeing secret to the girl detective as he was already on pretty thin ice with the department and rumors of him claiming to be able to see–and ‘kill’ ghosts probably wouldn’t look good on his permanent record.

But dead girl? Dead girl was dead and thereby she was pretty freaking aware of his ability.

That though isn’t even my biggest issue. The real thing that stuck in my gullet was the fact that he never once told the female detective that she was being possessed periodically by anyone–let alone the ghost of her dead friend. Nope, instead he either used it to help him solve crimes or it was used as comic relief. You know what’s not funny? Putting someone in danger over and over again without them knowing. She would wake up in places sometimes in the middle of danger, and have no idea where she was or how she got there–let alone anything of the immanent bad guys. She honestly thought there was something wrong with her, as after the death of her friend she’d had a breakdown. Since he saw allll of this happening and knew what this was doing to her, shouldn’t he have spoken up? Nope.

This made me so mad! It’s like he was using her and had  no real care for her as a human being. She (and the ghost) were a means to an end.

Maybe this was part of his journey? He had to, after the death of his partner and endless years of ghosts giving him the what-fore, learn to open up to people again? If this is the case though, I’m not entirely certain this was successful. Yes, he was nicer at the end but at that point I disliked him so much that it didn’t matter. Especially considering the fact that he never fessed up to the whole body stealing thing.

What else irritated me? Well, lets go to the notebook–oh yes, the lack of questions being answered at all? I guess it makes sense now in the terms of them having a second season, they’ll put out more information as it goes along, but it still means that there are parts of this drama, that just didn’t make sense.

Why does he see ghosts? Where the fudge did the ghost killing knife come from? How did he get his hands on it? Is he from a long line of ghost/demon killers and the knife got handed down from generation to generation? And if there is a ghost killing knife out there, and the girl ghost get’s stabbed with it at the big climax of the show and they have the requisite emotional good-byes–how the fudge is she there in the very next scene, haunting the police station as if nothing happened?

It’s like the production team decided they didn’t want to end the show on such a bummer note or thought that maybe they could get a second season and realized they would need the spunky comic relief. But not only did it not make sense, it as like a tearing apart of what we did know about the drama. He has a knife, ghost gets stabbed with knife, ghost dies. She went off to the light! How is she now back?

I do like how they slowly revealed the history of the two girls. How, who they were in the past fed who they were today–this more so the detective rather than the girl ghost as the girl ghost had kind of frozen in time. Although actually doesn’t that make her story sadder? Seeing her best friend and what she’d turned to to be and then realizing she was never going to change or grow–become the detective she always wanted to be? I wish we could have seen more interaction between the two girls rather than  making the choice to hold it off until the very end. But I guess we’ll see it in season two.

When I say we I mean other people, not me, because I won’t be watching it.

So, it had a great premise, great production, some good actors (nice to see the girl who played Bongi in Smile Dong Hae again) but for me, it’s just the execution which was an issue. It’s possible that it’s just because the not giving out important information is a sticking point for me and I’m over-reacting to it. That’s fine. But I stand by my stance that the ending was a mistake.

Will I watch this again? Hellz no. Will I recommend it? Do you need to ask?