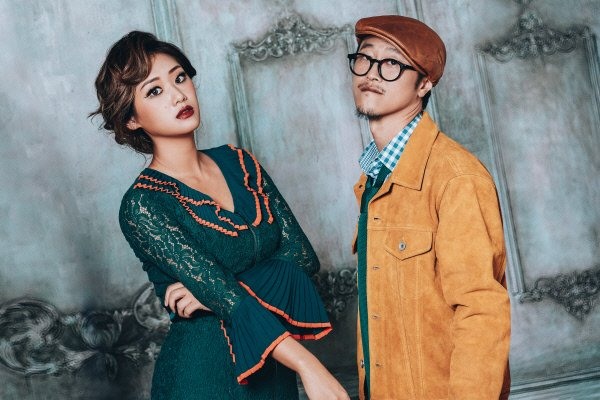 Sometimes I get a craving for a particular group or type of music and I listen to it for days and days until the idea of turning it on again feels more like a habit than an actual desire. That’s when you know you have to mix it up in order to feel inspired again. It’s ok, it’s not cheating to like more than one thing at a time, especially in music.

(Side eye to the friend that is struggling with this  notion right now, don’t be dumb…it’s not cheating)

This happened to me (again) recently. BTS put out their repackaged album and it rekindled my desire to listen to a bunch of their older songs in addition to getting comfortable with the new stuff in preparation for the concert in less than a month (girls’ weekend with the Kpop Nerd Herd…yessssssss!). I listen to music a lot, In the car, at my desk, walking the dog, cooking, and when I’m playing with my kids. That’s a lot of BTS over the course of a few days. So today I started to dig through new releases to to find something to break the cycle. And I found it.

Scarlet Mojo-Pin are an electro-funk duo that have been active on the music scene since 2010, however, they didn’t make their official debut until 2016. There isn’t a lot of information out there on this particular pairing, you may recognize the female as the actress Hyun Jyu-Ni having played parts in Beethoven Virus (the flutist), Iris (a hacker), and Descendants of the Sun (a doctor). She doesn’t have the full rich pipes of someone like Ailee or Solar, but she’s talented, engaging, charismatic, and fun. She was also a member of the girl group BellaMafia who have since disbanded.

The only thing I have been able to dig up on the male member of the group is that his name is Dub. Admittedly, I got hungry while I was searching, so I didn’t give it my all. A girl has needs.

Anyway, I’ve liked a lot of what I’ve heard from Scarlet Mojo-Pin and in particular, this song has a great funky vibe that put a spring back in my step after absorbing BTS for a solid week. I’m sure I’ll get sucked back in, but for today, if you happen to see me strutting around with my headphones on, know that I am listening to EZ Come EZ Go.

Khottie of the Week: Wonho