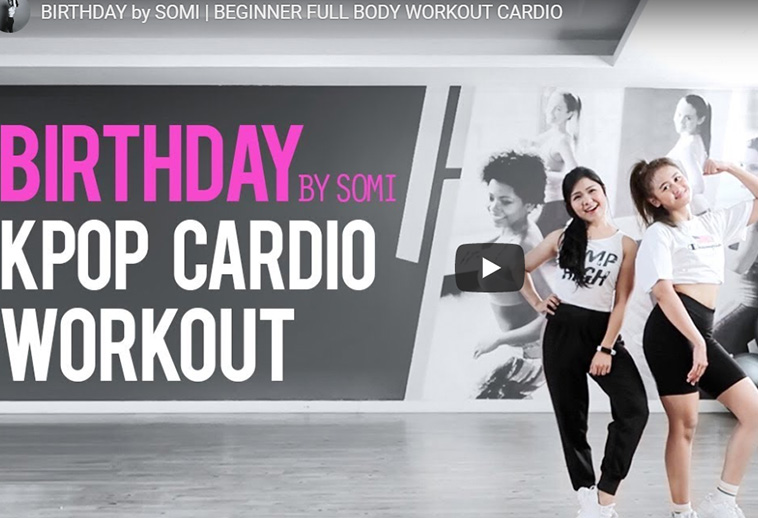 As I’m still here in this apartment, gymless, and after such a success of trying to find these kpop themed workouts? I’m a little bit addicted. I’ve found some winners, I’ve found some videos that I’ll never try again in a million years. In this post, I’m going to try and keep it with Kcardio studios I haven’t visited before even though, some of my favorites I’ve done again and again.

You wouldn’t think a lot of arm swirls would do anything, but by the end of this workout, I was feeling it!!

I didn’t think I’d like this one! I was thrown off by the need to symmetrically have a third person in there, and the fly strips. But? This is a great workout! There are a few areas where uncoordinated me just can’t process how to make my feet move properly, but the modifications are easy to follow, they have the girl behind doing the high impact so you can choose which one you want to do, and it’s pretty easy to follow along. I’ve actually done this a few times now. I’ve checked her channel to see if she has anything similar and while she does have some more pop, this really the only one that’s specifically no jumping. (Important for those of you who live in an apartment building.)

After finding this company, I liked their style so much I went and found a few of their videos to do!

I really like their style, their moves, and the broad variety of music.

NOPE.Just….nope. So much jumping! Even though I live right above the lobby of an apartment building, so technically I’m not going to bother anyone with jumping, there is no way I want to hear anyone going through the lobby hearing me thundering above them. THUMP THUMP THUMP “We said no pets, return the hippo to the zoo!”

A favorite of mine! It’s a little more workout than dance, but it’s set to a great song, the moves are doable, and it’s super clear as to what you’re supposed to be doing and when the moves change. Unfortunately, I checked out their channel and I didn’t really see any others like this one.

This week’s Bonus? My favorite channel (who turns out is in the Philippines) actually got the attention of VAV and they visited during a tour there! Too Cute.

Korea Hops Aboard the BL Train