INCOMING! So Many Upcoming Kdramas

I remember when I first started watching Kdrama during that first haze of love, plowing through them like nothing else existed in my life (though I lived in the backwoods of New Hampshire, its not like things were hopping to begin with) I had the thought: What happens when I run out? No lie. I actually worried. I thought there would be a time where I’d watch so many dramas, I’d catch up to all of Korean television. In my defense? This was like 10 years ago. There weren’t as many coming out and there weren’t as many available subbed as there are now. (Oh how far we’ve come.) Now I know. We’re never going to run out of dramas. Ever. Like ever ever. If you look away for too long, they’re going to come up on you like a wave that will overwhelm you.

Don’t take your eyes away for a second!

Do as I say, not as I do. I looked away and now I have all these dramas coming up that I know nothing about. Let’s take a look at some of the upcoming Kdramas, see what’s in store for us! Late Night Snack and Woman. Alix and I were talking about this one earlier today trying to decide if it was worth a watch. While Alix says romance AND a snack shop? Add on top of that Jung Il Woo as a cranky snack tent owner? Who doesn’t want to watch that? Well…. if that were all it was about, I’d totally be in too. When I’d seen the pics, read the name, swooned over Jung Il Woo, I was going to say, hellz yeah, sign me up! But reading more about the synopsis:

The story of a man who begins to lie in order to get his hands on money while pushing the woman he loves into a corner and hurting a man that has come to love him because of the same lie.

I start to get a little more meh about it. It could be because I’m all about the warm and fuzzy dramas, but I’m in no mood for revenge, angst, or anger. Does that rule me out for dramas entirely??? This show is also known as Sweet Munchies and is scheduled to start airing at the end of the month. 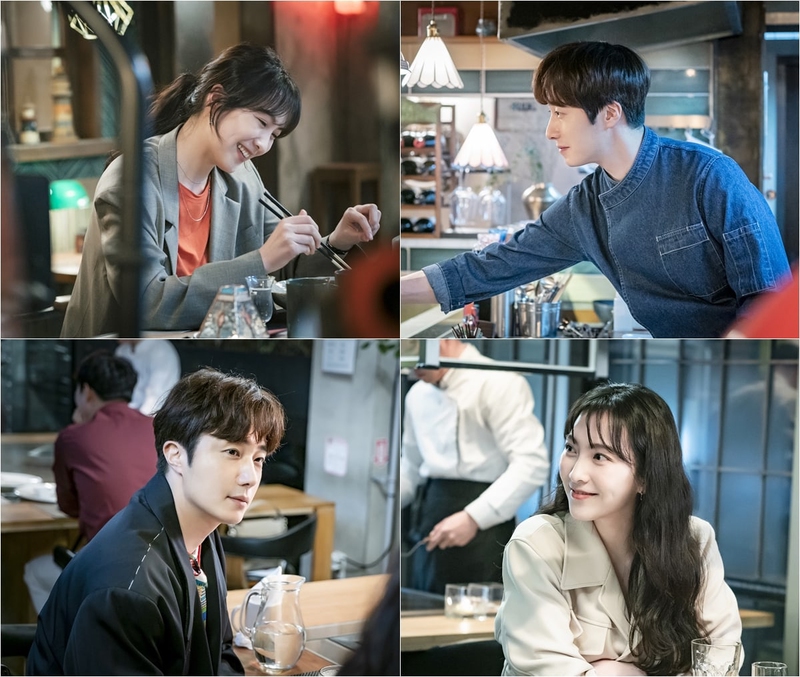 Though I look at enough pictures of Il Woo and I just might change my mind. Is blood thicker than water? Kim Eun Hee, is about to find out. She is the middle child in a family that is slowly starting to drift apart.

Her older sister is a former patent attorney, and her younger brother is a sensitive soul. And although her father is hard-working, he is often distant – an attitude that has her mother poised to begin a new chapter in her life. While she pines for intimacy, Kim Eun Hee keeps her feelings hidden from her family. Instead, she prefers to confide in her close male college friend Park Chan Hyuk – a man who has become more like a brother to her than any of her real siblings. And it is to him that she turns for love advice as she looks to return to the dating scene after a long absence.

But what happens when events take a turn? Could the family pull together in time to weather the storm? And when the going gets tough, will it be Kim Eun Hee’s family or her friends who step up to the plate?

Okay, so maybe not completely like assorted gems, but I like the idea of a family pulling together to get themselves out of hardships. Funny thing is, though the premise makes it feel sound like a weekend drama, its actually just a regular 16 episode show. Huh. maybe I’ll go back and watch Assorted Gems again, let you guys watch this and report back. If I can find it. These older family dramas are getting harder to come across! Starts June 1st. Shall We Eat Dinner Together? Also known as Dinner Mate. Here’s another show that makes me think of another show! Take a look at the synopsis and tell me if you get the same feels.

This drama is about a young woman going through a rough breakup with a longtime boyfriend she’s still in love with, and a young man who’s a serial dater and kind of tired of relationships. They both like to eat out but dislike having to go to nice restaurants alone, and they happen to meet while waiting to be seated at a restaurant, each of them alone. The hostess mistakes them for a couple and offers them a couple special, which prompts them to sit together and end up having dinner together. After their first unexpected meeting, they meet and have dinner together weekly. That’s how they strike up an unusual friendship where they get together just to eat out, and over multiple dinners, they open up to each other about their relationship troubles and grow closer.

Do you read Let’s Eat from here? Perhaps it’s just because I have Let’s Eat on the brain as my friends The McFeeleys are watching this with Junior McFeely right now and Jami was telling me just how much she likes DooJoon’s character. “Almost enough to make me eat eel!”

This one actually sounds really good and with age-appropriate Song Seung Heon and Seo Ji Hye as leads, I might just actually check it out! It has 32 half-hour episodes and starts airing May 25th. Though second thought….if this drama just makes me crave Korean food that doesn’t fit in with my furlough budget? Hrmmm….

Just to torture ourselves, let’s continue on with another food-related show. Will They Eat When Delivered? This isn’t a drama but a re-imagining of the variety show 4 Wheeled Restaurant. In the previous seasons they’d put stars into food trucks and let chaos ensue. In this series, it looks like they are going to be running a take out service. Awww…perfect for social distancing! What really gets me excited about the show, and it’s not just my fetish for watching idols eat, its the casting of Highlights DooJoon and Jeong Sewoon. Doojoon from Let’s Eat actually working food service? Swoon! And Sewoon just because I know SaraG loves him and will want to watch and talk about this with me. Oh My Baby! I want to say Jang Nara in another whoopsie baby drama, but from the sounds of the synopsis, this is a lady who knows what she wants and what she doesn’t want. She wants a baby, she doesn’t want a relationship. Innnnteresting. That’s not really anything you see in dramas, primarily because it’s still a pretty big taboo in Korea. As this is a Kdrama it looks like she has plenty of options for daddy dearest…three choices! Kdrama just can’t help itself.

Aged 39, Jang Ha Ri is the ultimate workaholic. She hasn’t even had a boyfriend in the past decade, long ago decided to forget about looking for love, and instead has thrown her energy into her career.
However, as she works as a senior reporter for a parenting magazine named “The Baby,” she is constantly reminded of the one thing she wants most in life – to have a baby of her own.

She decides to cut to the chase and try for a baby but wants to skip one key stage – and resolves not to marry.
But as she turns her mind to single parenthood, she suddenly realizes that she is surrounded by admirers: freelance photographer Han Yi Sang, super-smart pediatrician Yoon Jae Young, and the office newbie, the doting Choi Kang Eu Ddeum.

Could any of these three love candidates help Jang Ha Ri in her quest to become a mother?
And could her quest inadvertently send her on the path to true love?

A love square? Do we have time for such shenanigans? If I get a vote, I choose the guy in the peach button up! He’s cute!

Let’s go with one last one…after all this talk of food I’m hungry. I want a snack and I said I couldn’t have one until after this post was done! 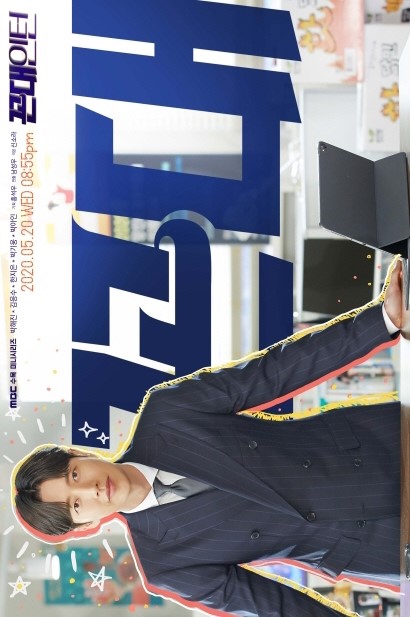 Old School Intern. Oh. More food. This time it’s an actual office drama which happens to take place in a ramen company! Mmmm could you imagine working at a ramen company? Always having the smell of ramen around you? The idea of the company kitchen just filled with ramen packages? Now that’s a sodium party!

This drama also called Kkondae Intern stars Park Hae Jin as planning and marketing guru who gets revenge of a previous boss who treated him terribly as an intern:

After graduation, Ga Yeol Chan landed his first office job at a company. His superior there, Lee Man Sik, was a “kkondae” which refers to a rigid, old school type of person. He would force his old school ways of thinking onto Ga Yeol Chan, causing Yeol Chan to quit his job there and go work at a ramen company. He worked very hard and was promoted at lightning speed thanks to his radical planning and aggressive marketing.

Yeol Chan now works as the chief of the sales and marketing department at the ramen company. This position wields the most power in the company. One day, Ga Yeol Chan gets a senior age intern. That intern is Lee Man Sik who gave him such a hard time at his first job.

I think I’ll have to see where this goes. You could feel really bad for the old guy who has to restart his career all over again, I guess it depends on just how they portray the characters. The interesting thing is this script won an MBC drama writing contest. Could you imagine that feeling? Just humming along, trying to become a writer, then you win a contest and Park Hae Jin stars in it? I’d fall over and die. Especially if I got to meet him. Do you think they did? Oooh cool.

Anyway! For now, I’m going to stop with all these new dramas. As I said at the top there are so many, I couldn’t possibly get them all in one post. So I’ll put the others in another!